Most photographed in key West... 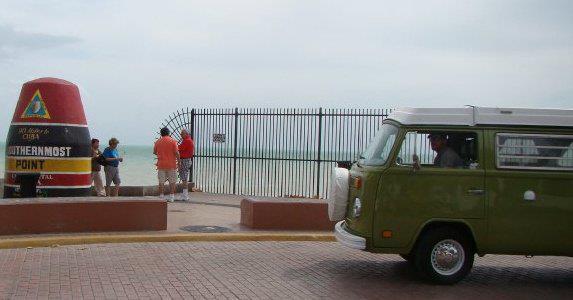 An anchored large painted concrete buoy marks the Southern Most Point in Key West. A tourist attraction that was established in 1983 by the city of Key West at the conner of South Street and Whitehead Street. It was originally marked with a sign, which was often stolen, so the city placed a marker that could not be removed. 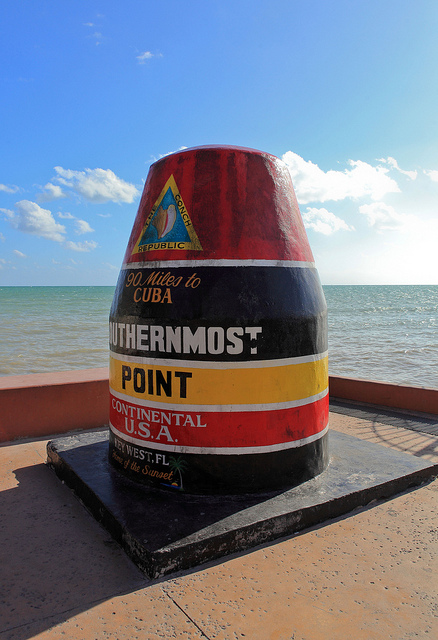 The concrete buoy is actually an old sewer junction that was dug up in the area and found too heavy and large to move, so it was painted to look like a buoy. Well, sometimes I guess it is best not to know the history! 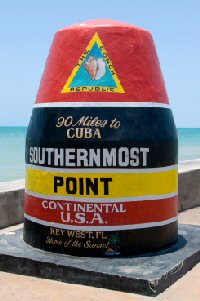 Today, it is one of the most visited and photographed attraction in Key West. During the day there are usually street vendors present selling various souvenirs and conch shells, and a line of people lined up to get there photo with an old sewer junction. To funny! 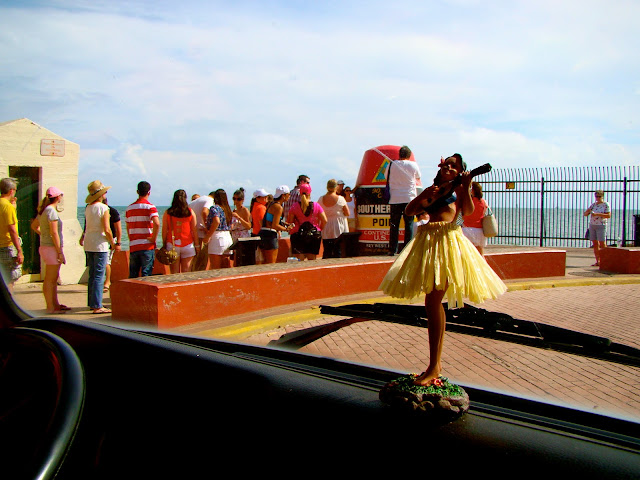 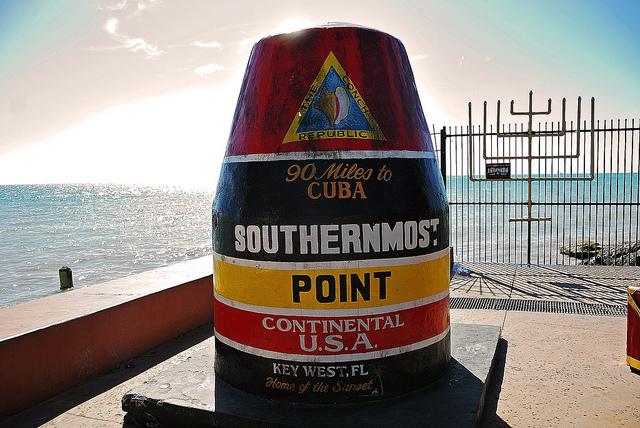 Accuracy
The wording is not accurate. Florida's official southernmost point is Ballast Key, a privately owned island south and west of Key West. Signs on that island strictly prohibit unauthorized visitors. The marker is not even the southern most point in Key West Island. The private yard directly to the southeast of the buoy is obviously farther south. Land on the Truman Annex property just west-southwest of the buoy is the true southernmost point on the island (900 feet south), but it has no marker since it is a U.S. Navy property and cannot be entered by civilian tourists. The southernmost parkt of Key West Island accessible to civilians is the beach area of Fort Zachary Taylor Historic State Park (the best beach in Key West!) 500 feet south of the marker. So unless you work for the government, or your rich this southern most point will have to do...

The claim on the buoy stating "90 miles to Cuba" is a rounded number, since Cuba, at its closet point is 94 statue miles due south (81 nautical). 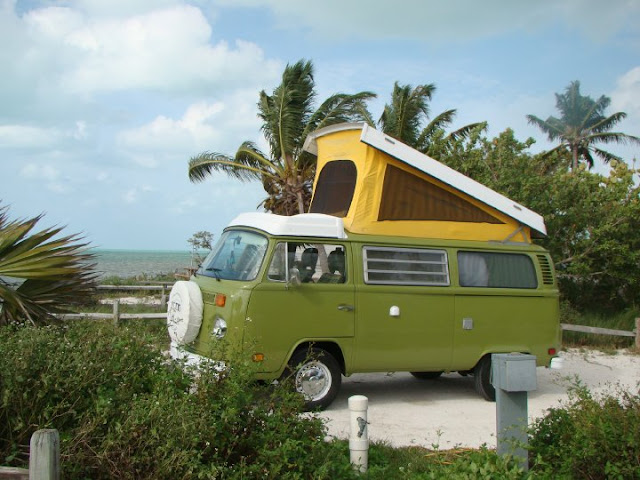 Posted by floridavwrentals at 10:15 PM