Mallory Square and the 'Sunset Celebration'

Renting Vintage VW Buses for a groovy road trip to the Keys. 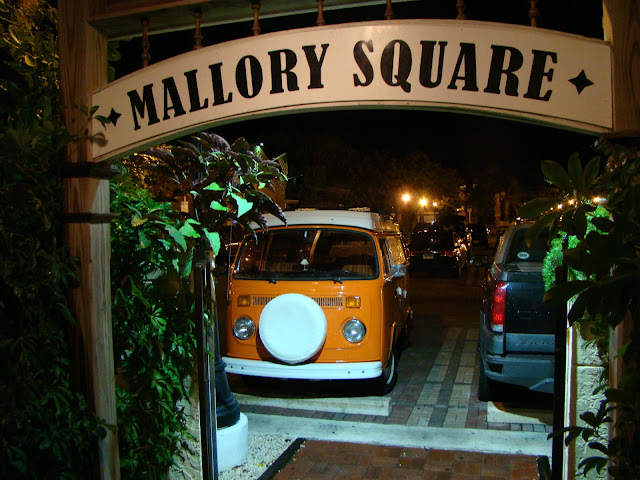 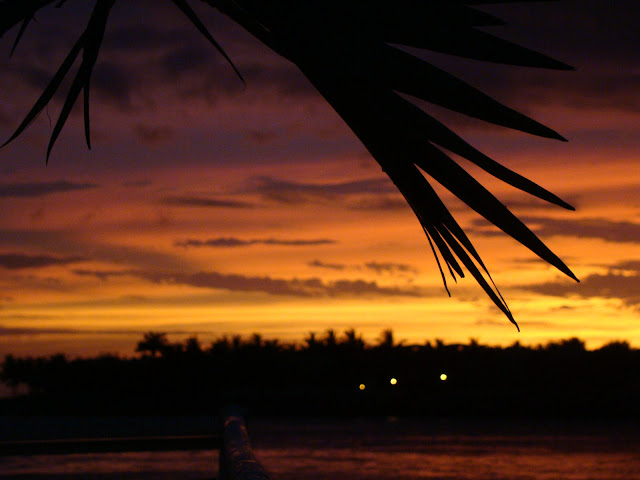 Historic Mallory Square, and the city of Key West both had their beginning along this deep harbor waterfront - The wrecking schooners, the frigates and warships of the US Navy, the Cuban cigar makers tobacco warehouse, ship's chandlers and government offices combined to make Key West a bustling seaport out on the frontier of a young American. Today, Mallory Square is a Key West must see. You will find exciting attractions, unparalleled shopping, the Key West historic sculpture garden and of course, every evening, the famous sunset celebration. 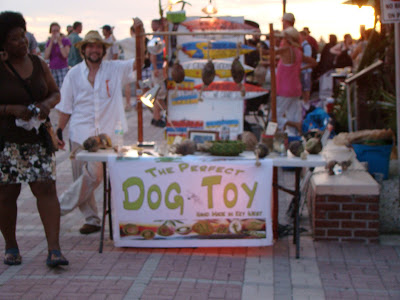 There are all kinds of homemade things to find at Mallory Square. This guy had the great idea to make dog toys out of coconuts. Talk about all natural! It is really a great idea!

All kinds of activities for young or old alike to enjoy! 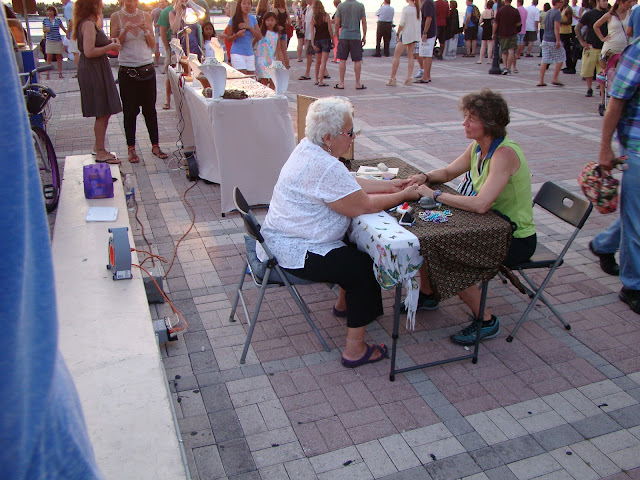 Some shows are great, some turn your stomach! The guy that stuck swords down his throat bothered my sister, but the guy that dislocated his shoulder to free himself always disturbed me. But not this guy, he's awesome! Look at all the great thing he makes with cans! 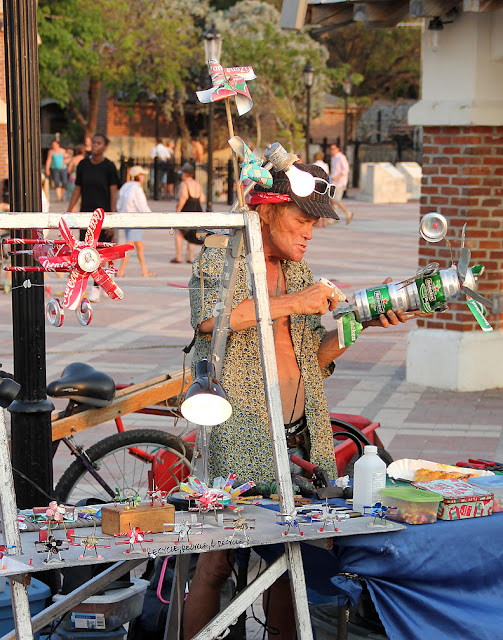 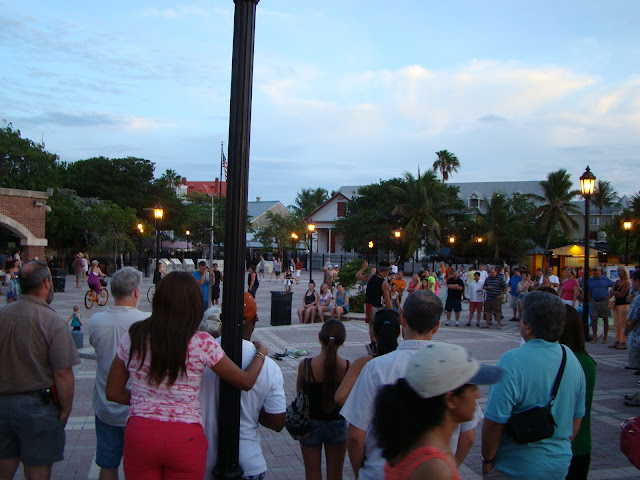 As you walk around, watch the ropes. This is each performers area, and they get upset if you start kicking their rope around. I would love to know what goes on in setting up this place. i need to get there early on one of my trips to see. There are always new faces, and always some of the same. They seem to run in cycles. 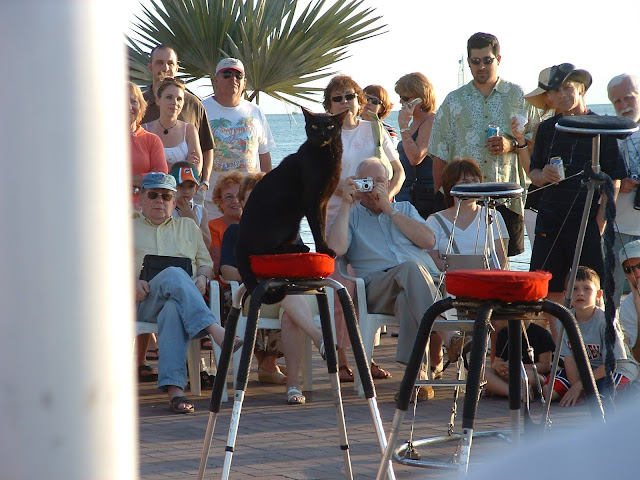 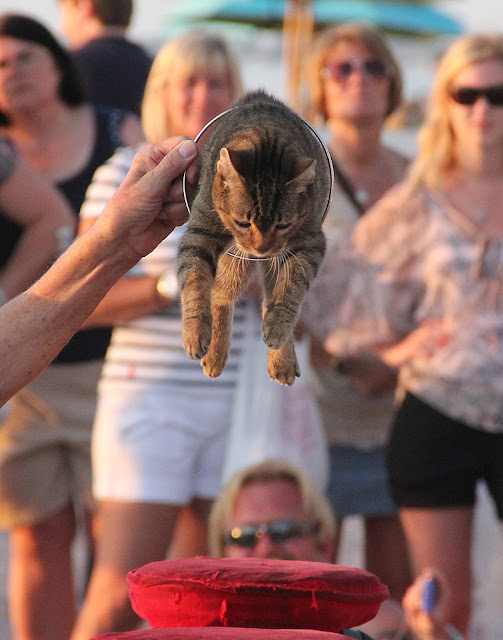 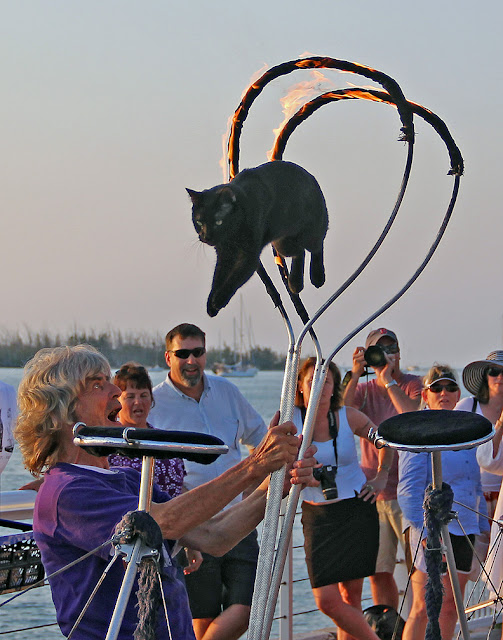 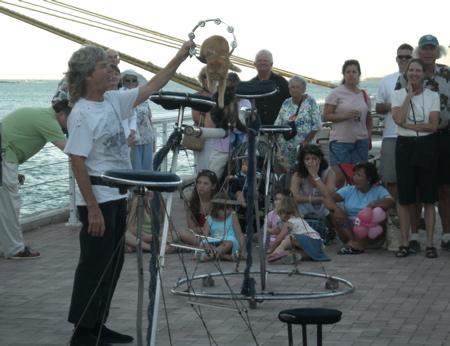 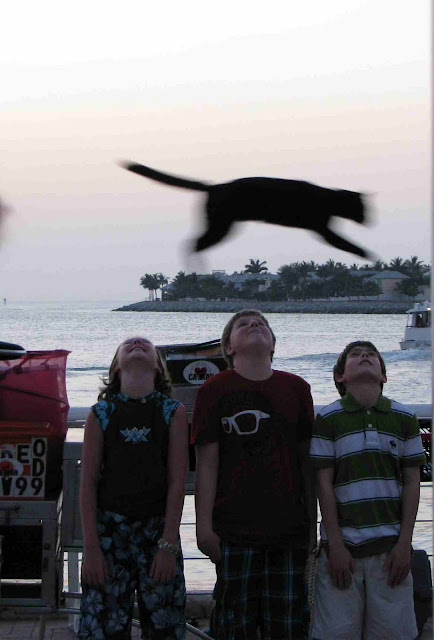 The best I have ever seen was the cat guy from France. He made the cats walk on tight ropes, jump through hoops of fire, and all kinds of amazing things! 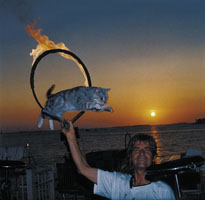 Other great performers...
You never know what you will find, so don't miss out! 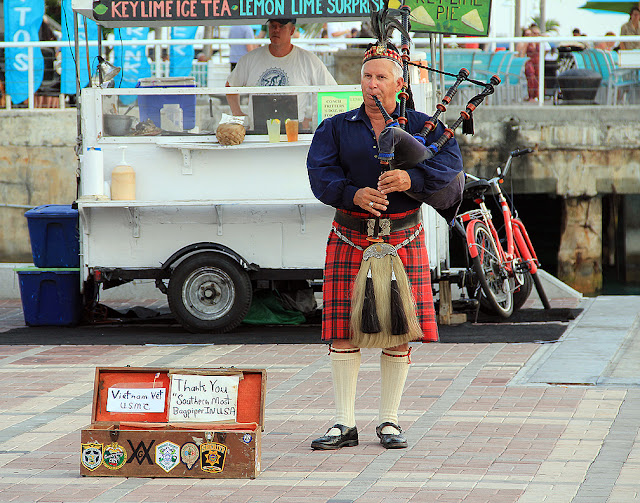 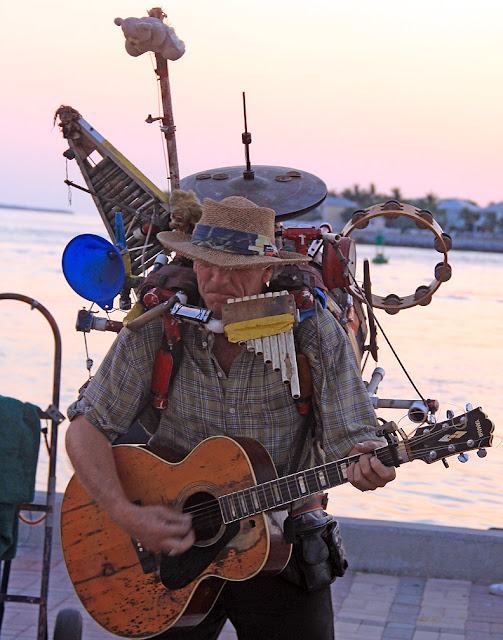 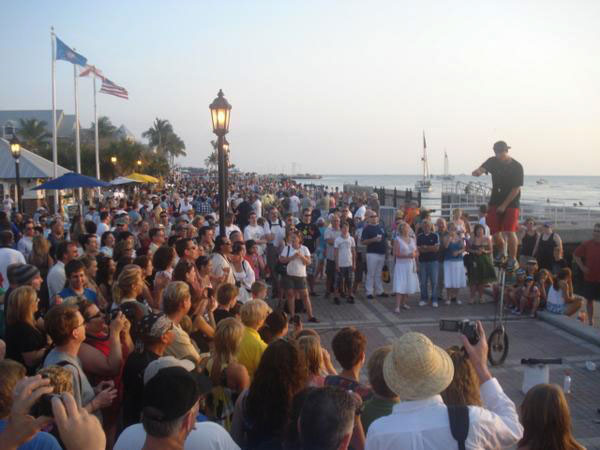 . They also had a golden retriever that walked the tight rope. Also, one that stands out in my mind was the guy that painted his self as a statue, and stood perfectly still during the entire celebration! 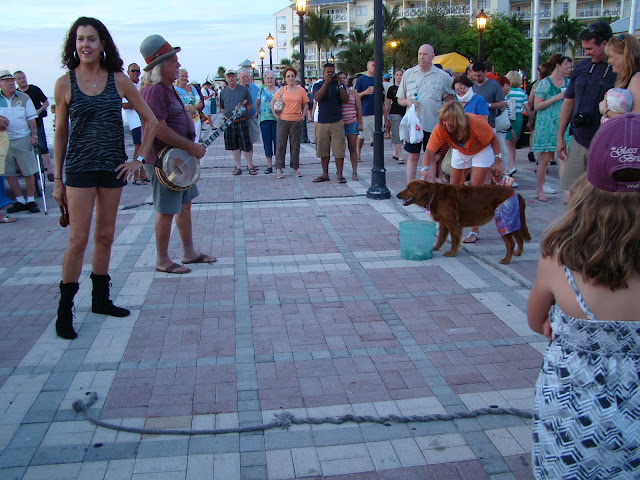 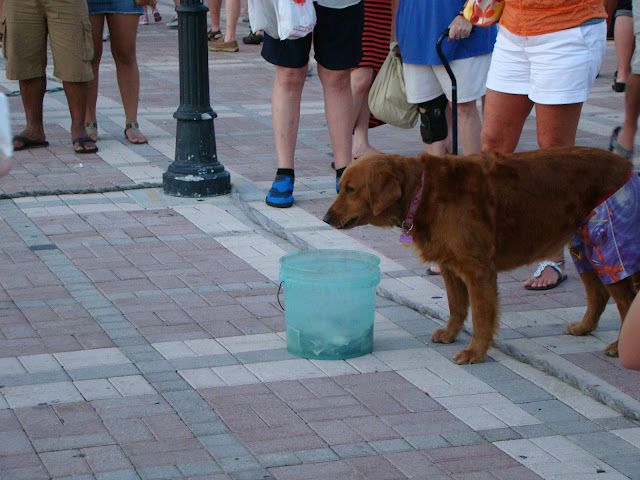 I have seen these guys a few times over the past 2 years. They sing, the dog dances, and take tips. Most people are suckers for dogs! 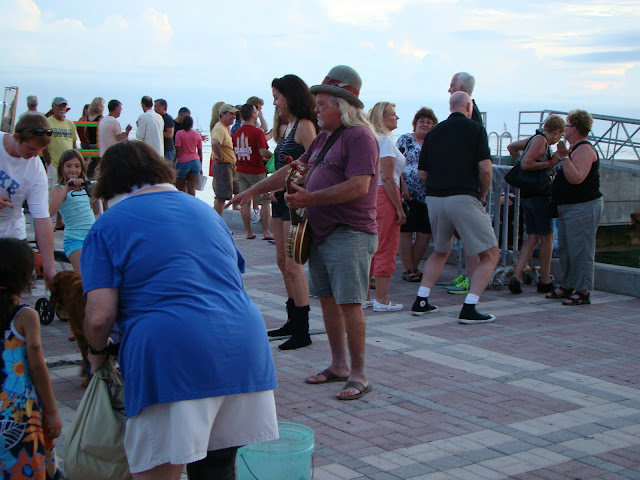 Key West is very expensive, and many people living in the keys live on sailboats anchored of shore. 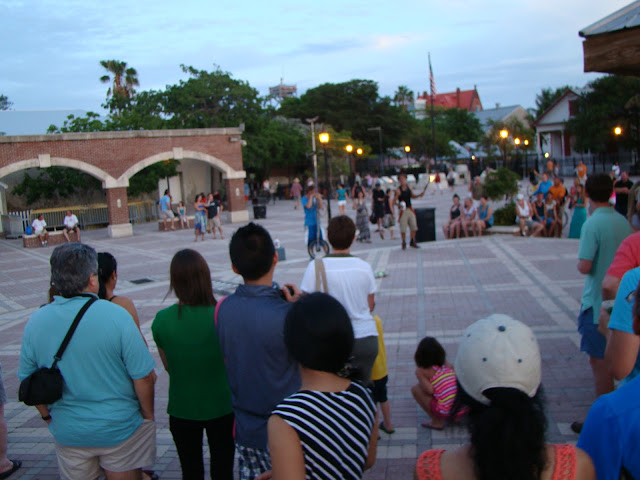 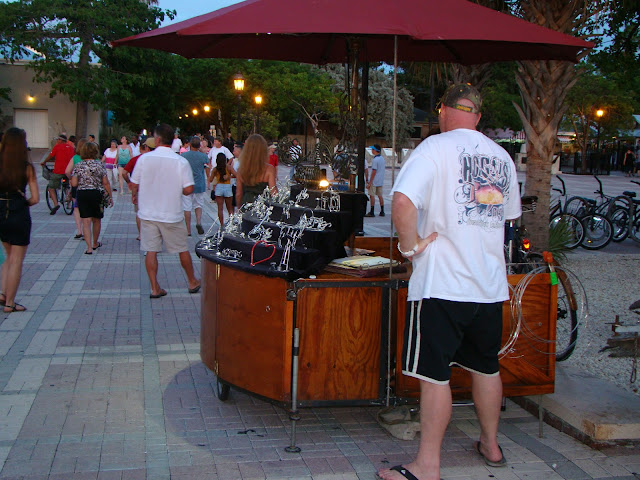 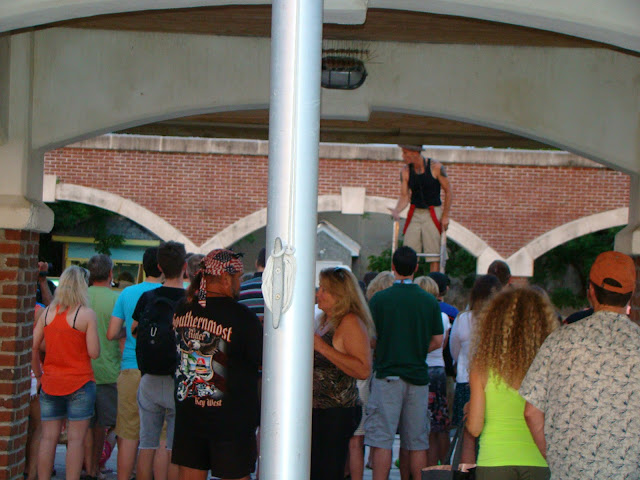 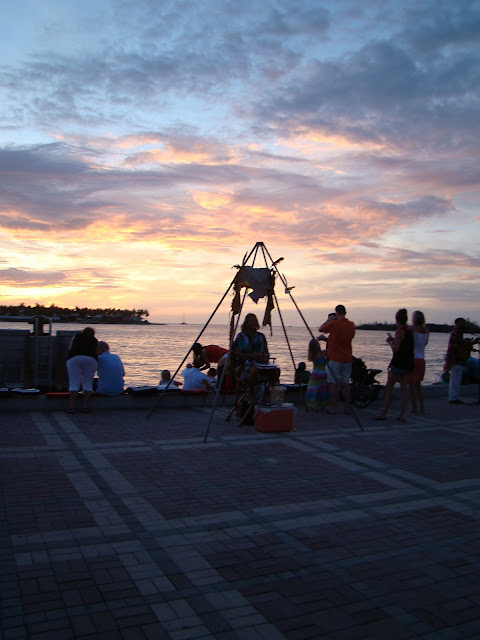 This lady was a palm reader. I wonder how the tripod hanging chair helps... 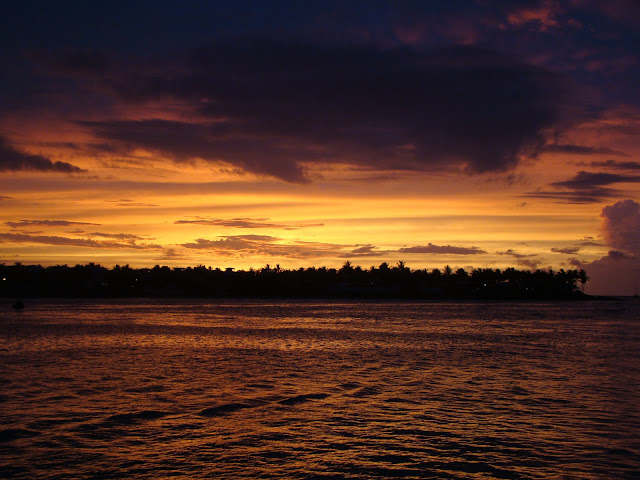 The Sunset Celebration and the history behind it...

"See you at Sunset" has a special significance in Key West, Florida. It's an invitation to partake in spontaneous celebration as jugglers, tourists, clowns, fisherman, psychics, island musicians, artist, food vendors, and friends gather each night to celebrate the close of another day in paradise. 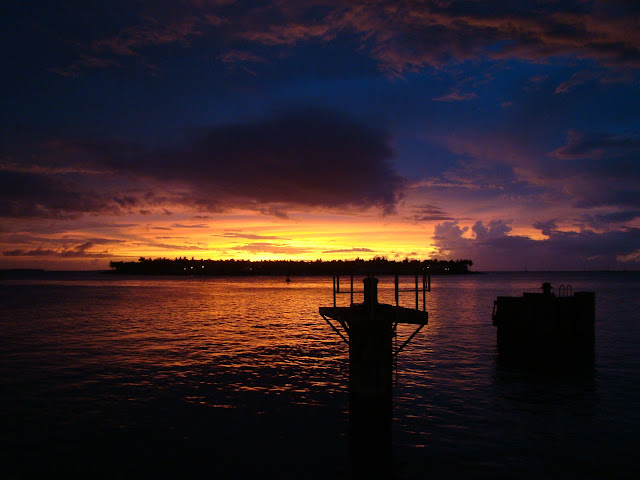 Mallory Square has a long history as being a center of activity in Key West. Once the chosen anchorage of pirates, it later became the base for anti-pirate campaigns orchestrated by Commodore Porter in the 1800's. Mallory Square has also been the center of wrecking industry and the assembling point of American forces for four wars.

Abdubon wrote glowing of the glorious Key West sunsets while visiting in the early 1800's.

In the late 60's the contemporary of Sunset Celebration took off. Groups of carefree gypsies descended upon Key West and mallory Pier in search of Paradise. The way that the sunset ceremony got started is taht all the "freaks" as sdrup users were called in the sixties, used to go down every evening high on LSD to watch Atlantis arising mythically out of the cloud formations at sunset. There were about 30-40 regulars many of whom lived in Fogarty house which at that time was full of hippies. 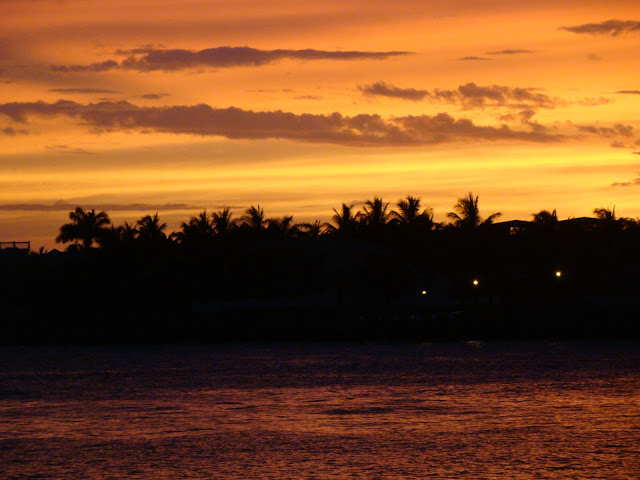 The late 1970's and early 1980's were a pivotal time in history of the festival. At that time, vending on the dock was risky as there were signs up saying "no petting on the pier" yet as word got out more and more people starting showing up to set up shop with their wares. It was turning into a flea market type of environment. To make matters worse the dock was being renovated to accommodate cruise ships os the fate of Sunset was hanging in the balance. Merchants adjacent to Mallory Square began complaining about the unsupervised nature of event. The City of Key West had to address the issue. Meanwhile, Sunset participants, realizing the levity of the situation began getting organized to preserve the tradition. Merchants bonded together to participants formed a legal entity known as the Key West Cultural Preservation Society, Inc. in 1984. The organization drafted guidelines fro participation and negotiated a lease with the City of Key West with the understanding that CPS would manage Sunset and endure its artistic integrity . The rest is history, as they say. Sunset and ensure its artistic integrity. 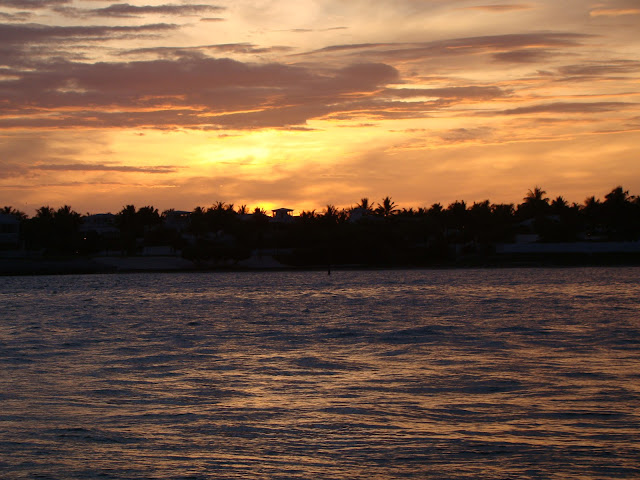 Sunset Celebration continues to be an internationally known attraction that supports a cottage industry in Key West. It has become an incubator for the arts, and a launching point for many visual and performing artists. Sunset can be credited with attracting and inspiring the development of a generation of talent known throughout the world. 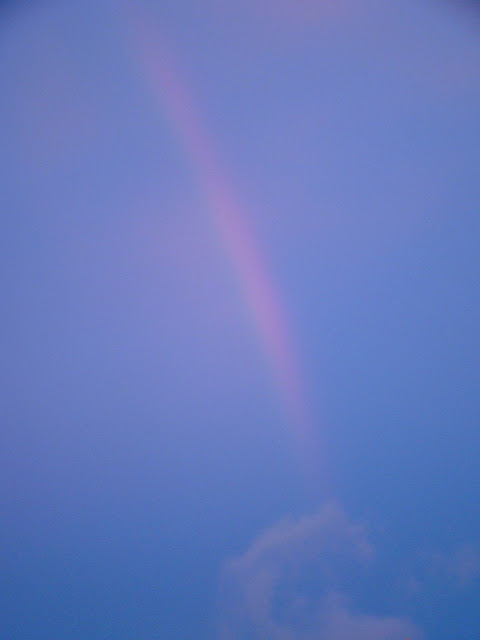 Posted by floridavwrentals at 11:27 PM