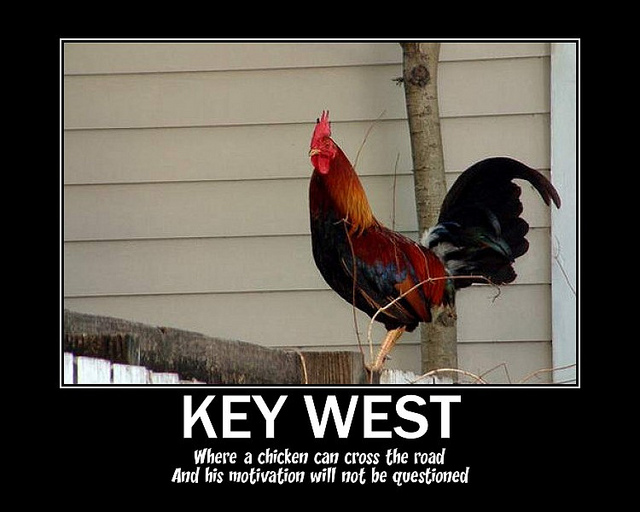 Most people who land in Key West are very surprised to see chickens and roosters roaming free. My first trip to Key West, I started rounding up the chickens on Duval street. I thought they had escaped from someones yard. It wasn't until a local told me they were protected and roam free. My favorite experience, while sitting at a red light, was a mom gypsy chicken with babies crossing the road
at the pedestrian walk. She had just enough time to cross before the light turned. It was to funny, like she was abiding the law!

I never thought to ask why they were protected, as my mind could only conger up joyful memories of the rooster call.  Then again this is Key West, a completely unique place like no where else in the states. Growing up on what some would refer to as a petting zoo, my father loved all animals. Everything that came to our house ended up a pet. I can remember waking up to the sound of roosters and I always found it to be soothing. While others I'm sure do not feel the same way. 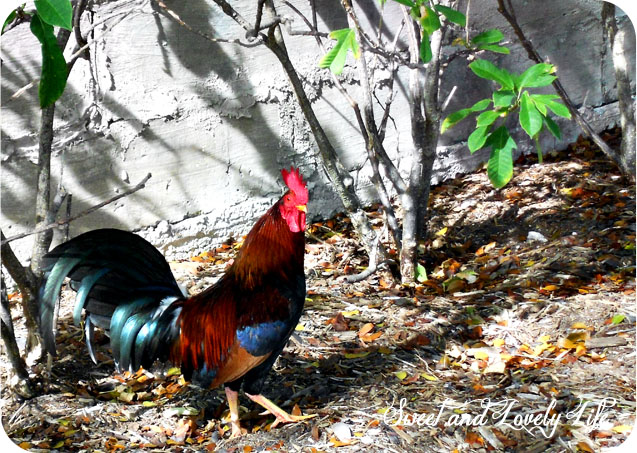 So, now I ask the question. How in the world were these chickens & roosters allowed to roam free and become protected? Well, It seems you can trace the answer back to the Cubans migrating to Key West.

During the mid-1800's, chickens were big business in Cuba. Breeders purchased varieties of Filipino Fowl from Spain. They created their own breed called 'Cubalaya'. The size and aggressiveness made them perfect for cock fighting... :(

By 1860, Cubans began to move to Key West during the Ten Years' War and unfortunately brought their love for cock fighting with them. A large amount of Cubans followed, drawn by the cigar industry, bringing their chickens with them. By 1890, more than half of Key West's population was of Cuban  origin.

Luckily, the southernmost city outlawed cockfighting in 1970's, putting the Cubalaya chickens out of business, and out on the streets of Key West. Domestic chickens on the island were losing their homes at the same time when their owners moved away. Now the roosters & chickens were left to roam free, and nature took its course. So, some forty years later, we now have what we call 'Gypsy Chickens'. Like in the 1970's, they are still protected, and make Key West the truly unique place that it is!

It seems there is a 'chicken war' going on in Key West. It is split down the middle if they should stay or go. I think it adds to the uniqueness of the keys. Now, why I do not live there I have stayed over in Key West 50-60 times. I have no problem with the sounds. It seems to me these high priced resorts, and expensive homes have many other islands they could have choosen to call home. I say these 'Gypsy Chickens' are part of the heritage of Key West, and they were there first. Did these people not know they exsisted before they relocated to such a open minded city? I say if anything, they should start neutering them to cut down on the population as they do with feral cats. But remove them....NEVER! If you have that big of a problem with the 'Gypsy chickens.......MOVE! 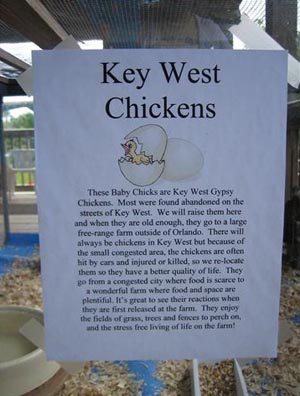 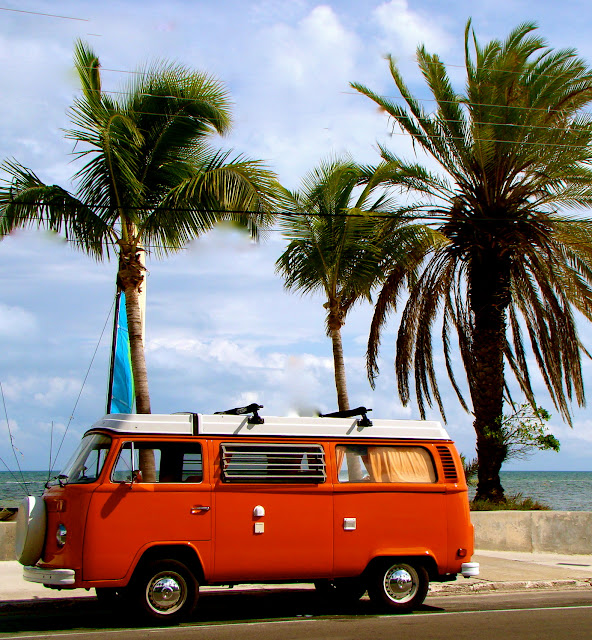 Florida Oldscool Campers, saving one VW Bus at a time...